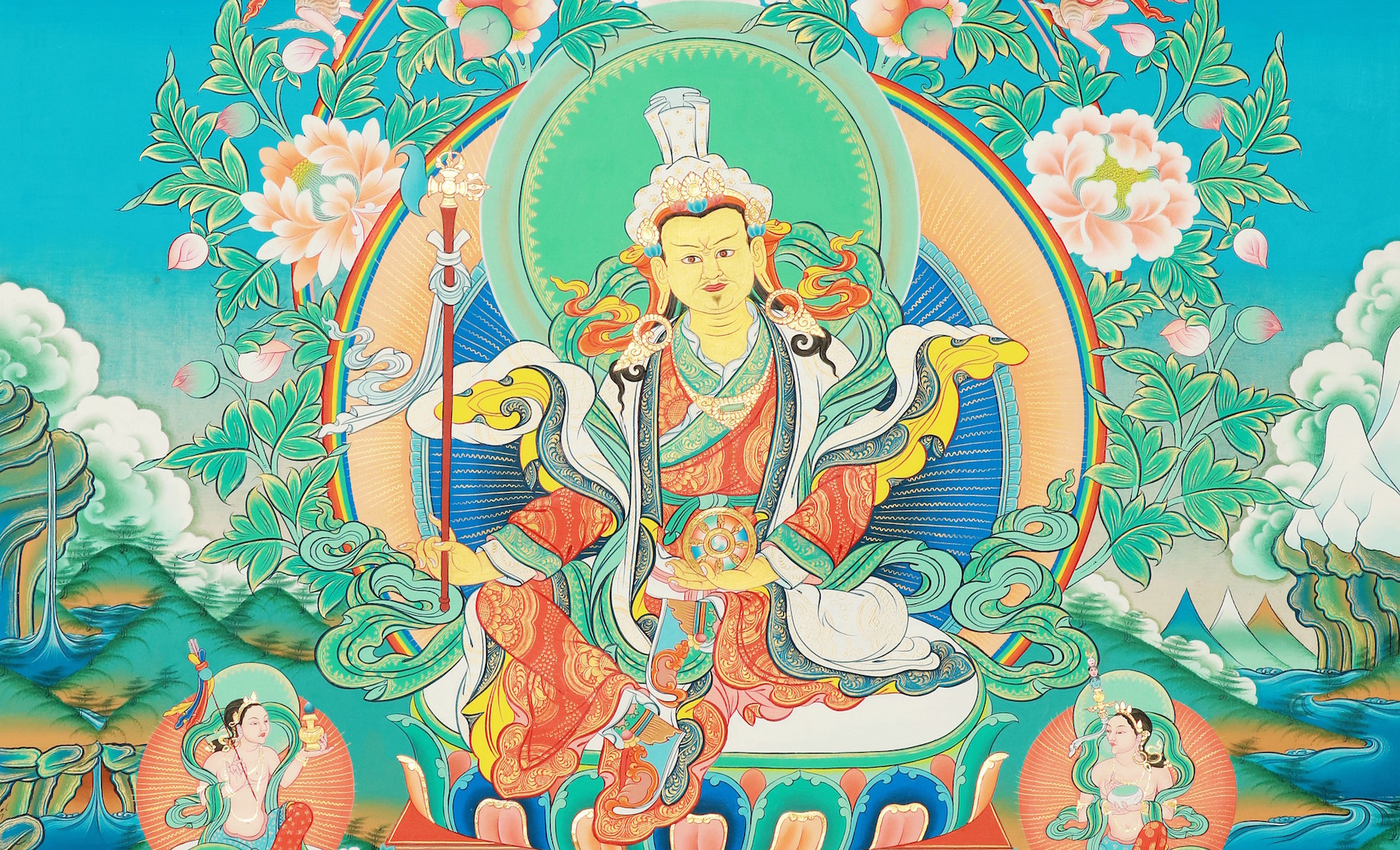 Terma (hidden treasure) are key Tibetan Buddhist teachings, which the tradition holds were originally hidden by various adepts such as Padmasambhava and his consorts in the 8th century for future discovery at auspicious times by other adepts, known as tertons. Rinpoche is known for having revealed various such hidden teachings, in full respect with the tradition of continuing revelation in Buddhism by tertons. These works have partially been translated to english for the benefit of countless beings. H.E. Togden Rinpoche revealed and transcribed the Exceedingly Profound Ati-Yoga Mind Terma Practice of Padma Gyalpo, Guru Padmasambhava in the form of The Lotus King, accompanied by the Four Dakinis. 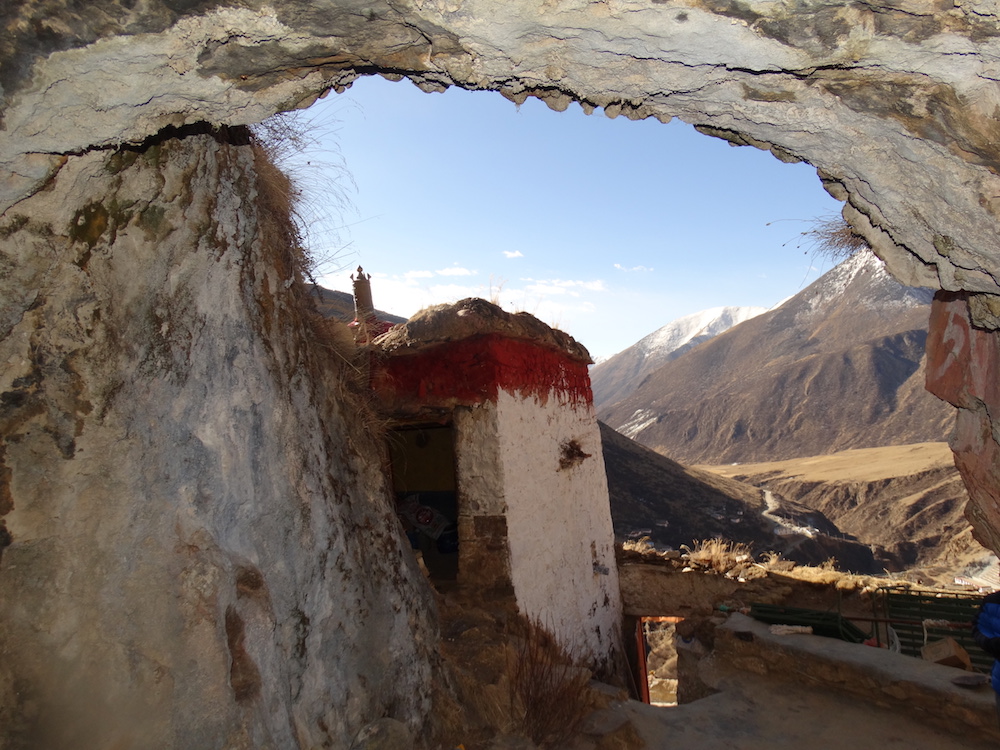 Memories and terma letters floated in his mind and vision, and Rinpoche revealed and transcribed the exceedingly profound ati-yoga mind terma practice of Padma Gyalpo – Guru Padmasambhava in the form of “The Lotus King”. Though he could reveal many other termas, Rinpoche did not do so. He felt that “The Lotus King Terma” was particularly appropriate and beneficial for modern people. 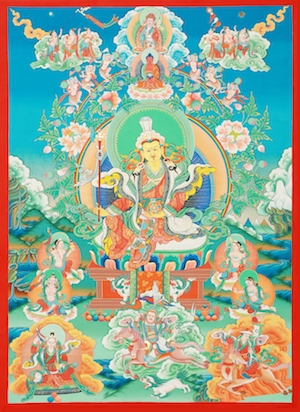 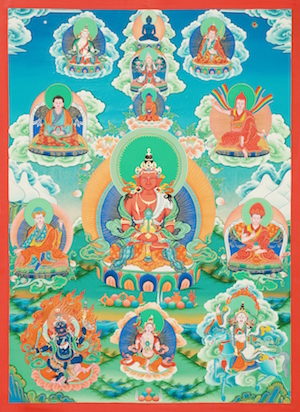 Guru Yidam indivisible with Amitayus for good health and long life, as well as the secret method for repairing damaged life-force. 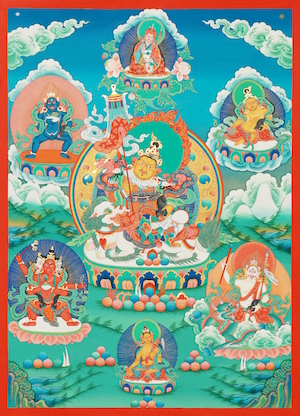 Guru Yidam as the unification of all wealth deities for attracting wealth, all animate qualities and in-animate essences within the universe.

In addition to the Yidam, Long-Life, and Zhambhala practices, Padma Gyalpo Sadhana includes the Transference of Consciousness for the Deceased according to the pith instructions of Sri Singha.