Rinpoche is the 9th Togdan Tulku. The Togdan tulku are believed to be the successive incarnations of the Indian Mahasiddha Hungchen Kara (Hungkara), one of the Eight Great Vidyadharas. The other Eight Vidyadharas include Nagarjuna, Manjushrimitra and Vimalamitra. Himself known as the Vidyadhara of the Mind, Hungkara’s lineage Vissudha Heruka, was transmitted in 8th century to Namkhai Nyingpo who was sent by Padmasambhava to receive pure tantric teachings from India in support to Buddhism flourishing in Tibet. Approximately 800 years ago Master Hungkara was incarnated as Kongpo Togdan Tulku, the 1st Togdan Tulku and a disciple of the great Drikung Terton of Dzogchen Yangzab, also known as Gyalwang Rinchen Phuntsog.

Sometime during the 19th century the 6th incarnation Tenzin Chodrak reintroduced the influence of Drikungpa lineage in Ladakh. It was the first time that a tulku of the Togdan lineage would leave central Tibet. He settled in Phyang Monastery for a long time, where he became the teacher of two kings of Ladakh. After having the first seven of the Togdan tulku born in Tibet, the 8th was born in Ladakh. At that time it was decided that the successive incarnations would be appointed as the Chöjes for Ladakh. Chöje means “Dharma Master”. They were traditionally sent from Drikung Thil Monastery in Tibet to places such as Mt. Kailash, Tsari, Lapchi, and Ladakh. The 8th Togdan Ngawang Lodro Gyaltsen (in the picture above) was the son of Jigme Kunga Namgyal, the prince of Ladakh. He received his monastic training in Yangrigar Monastery, which was located 10 km from Lhasa. 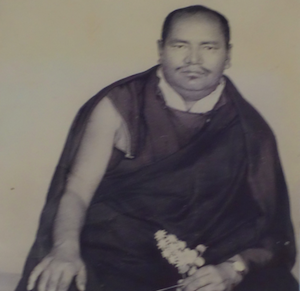 ​Rinpoche’s first teacher Gegen Sonam took care of the young Rinpoche and spent weeks on horseback to take Rinpoche to Tibet in 1951. Gergen Sonam was a large framed man, and with his presence commanded authority. It is with his support and care that Rinpoche wen through the early part of his life and training. 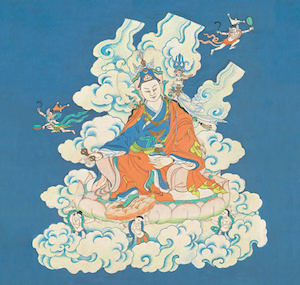 As a Terton, revealer of secret teachings, Rinpoche has a direct connection with Padmasambhava (Guru Rinpoche), a semi-historical figure that is widely considered as the founder of Tibetan Buddhism. Guru Rinpoche is the incarnation of Sakyamuni Buddha and Amitabha Buddha. Having revealed the Padma Gyalpo Lotus King Terma according to the tradition, H.E. Togden Rinpoche is a mind disciple of Guru Rinpoche. 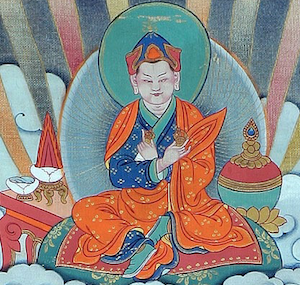 The Togden tulku are believed to be the successive incarnations of the Indian Mahasiddha Hungchen Kara (Hungkara), one of the Eight Great Vidyadharas. The other Eight Vidyadharas include Nagarjuna, Manjushrimitra and Vimalamitra. His lineage was transmitted to Padmasambhava and Namkhai Nyingpo who spread his teachings in India. 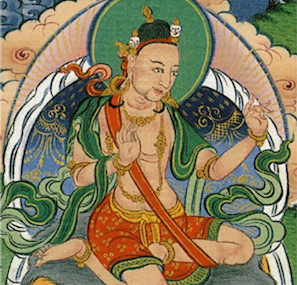 Tingdzin Zangpo was a key figure in the establishment of Buddhism in Tibet and is one of the few masters in history said to have attained the Rainbow Body. He is credited for suggesting that the then King Trisong Detsen should invite Shantarakshita to Tibet and for having invited Vimalamitra to teach in Tibet, and became the heart disciple of Vimalamitra. 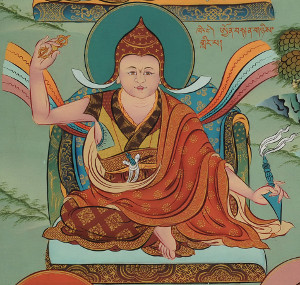 Jatson Nyingpo was a great terton master (terma revealer) who spent 17 years in a sealed hermitage retreat. He was the root guru of many great masters, such as the 10th Karmapa, the 1st Drikung Chungtsang and the 5th Drugchen. Jatson Nyingpo is credited for revealing many terma teachings, including The Peaceful and Wrathful Deities and Nucleus of Definite Meaning.